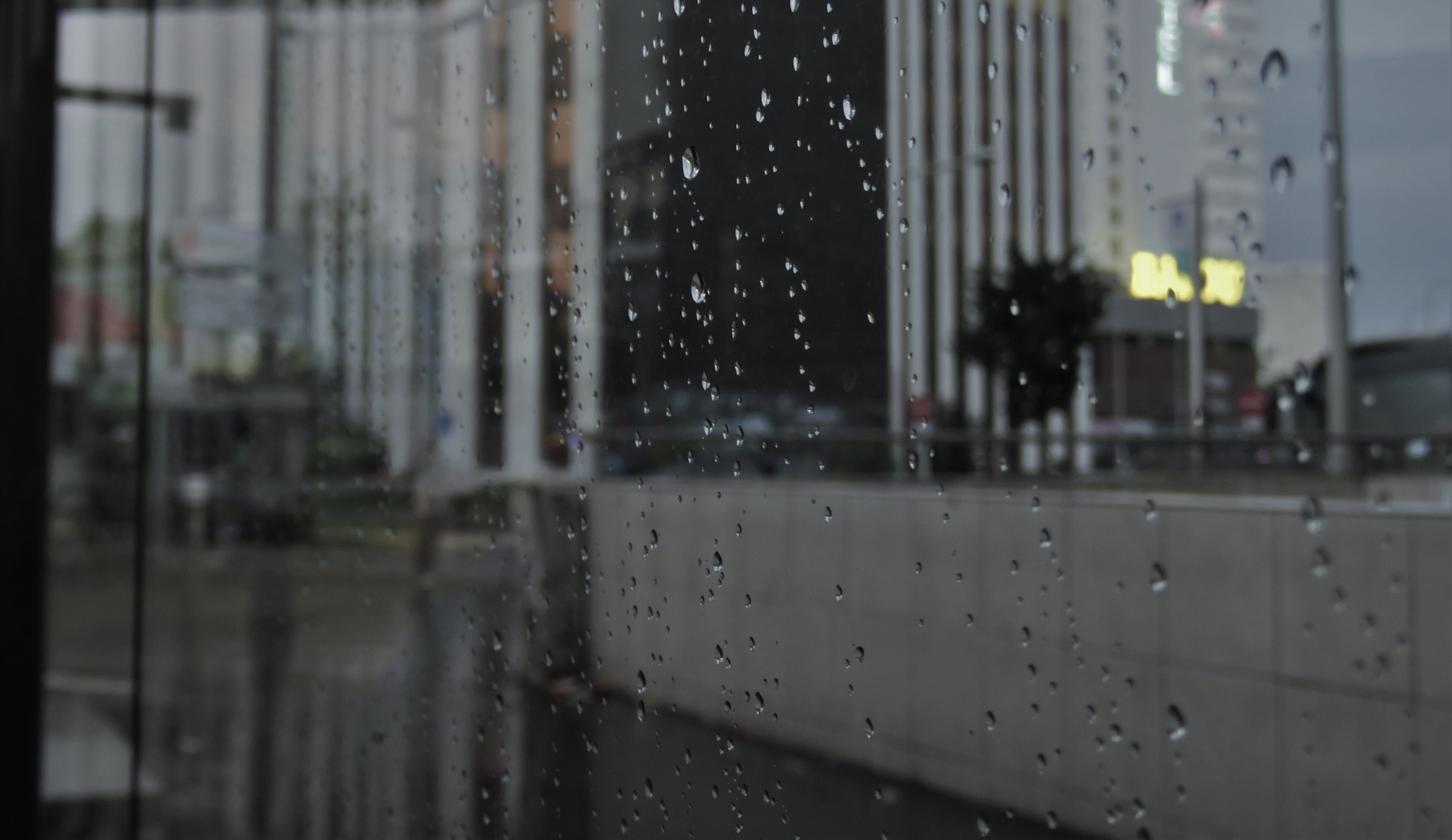 But don´t you see? How can you do this thing to me? There´s bound to be talk tomorrow, think of my life long sorrow.

Henri was that guy I woud have spotted in the crowded main square of a capital city all over Europe. He was somehow different, maybe less in his physcial appearance than in the way he behaved. Basically he seemed to be focused in everything he did. He sat down next to me with a high amount of attention not to come to close or to disturb me in any other way. He took some stuff out of his backpack very carefully, When he asked me to show him the plugs on board and  I offered him to use my charger, he said Thank you in the politest way I´ve ever heard somebody saying Thank you. He plugged his phone as a little girl would pick the leaves of a daisy, playing „he loves me, he doesn´t“. I was first convinced he was irish or british or something, since I couldn´t remark any foreign accent at first. I´ve learned that sometimes things only reveal when you keep talking to people, when you keep paying attention. Indeed, his accent became obvious during the night, but in such a special way. He came from Albania, he told me after a few minutes after we started small talk to start studying architecture at the Toulouse University.

He´s been there for four years already and when returning from home this time, he aimed to see a little bit of Europe. So he made a stop in a city of Southern Germany I was visiting once or twice a year, – to go shopping, most of the time. „Great.“ I said. „Yeah, great.“ he said. „The city is very neat. It´s nice. The houses – everything´s so clean.“ Talking about something he didn´t even care about because it would just not matter to him whether a city was neat or not, he still was so polite and careful. I barely could hide my fascination.

„The city is boring.“ I said. „Really?“ He was happy I broke the distance. „For sure“, I said, „Who would come to visit this city for its atmosphere? You´re like probably the only one I know.“ He smiled. Than he stopped. „You know I walked these streets, and there was no one with me. In a city of 620 000 inhabitants, I was basically alone. All those streets, they were clean and neat , and the houses are painted colourfully and bright. This city is perfect…but I don´t like that.“ „Too perfect.“ I said. „Too perfect to find the awesomeness in the imperfectness. You know why it isn´t awesome? Because there is no imperfectness.“ „That´s it.“ He said. „I think we need a little bit of imperfection or chaos to feel alive and free.“

That was Henri. He was the thing I liked best about this longdistance-overnight-bus ride with Paris as a first Destination. Except for the fact that it is Paris.

If we could love something as strong as we love people, I would love Paris and France and french. I probably do, not spending any thought on whether it is even possible.

Later, Henry read his ebook called „Cold is the river“ as he had told me earlier. I feel into a deep, delirious sleep caused by the flue I´d unfortunately dhosen as a company for this journey. My dreams were frightening and crazy, but everytime I woke, I felt save. Before he had entered the bus in this already mentioned southern Germany city, a man who sat on the other side of the aisle had watched me pretty intensively. The warnings of my family back in Germany had came to my mind like, be aware of robbers, they might take your purse while you´re asleep. So I stayed awake and concentrated on not having my money and camera out of sight, untill Henry walked down the aisle, looking for the seat I could give him because I was traveling alone.Maybe that´s the thing about Henri too. He makes you feel save and comfortable.

We arrived in Paris in the early morning. It was raining. The bus had its destination at Paris Bagnolet, Gallieni, the gare routière international de Paris, that was kilometres away from  la tour Eiffel and the Arche de Triomphe and all those things that make you feel like Paris.

There was an Ibis Hotel. There was a Commercial Center with glowing ads and promises. Through the rain drops on the window I could see the world around us waking up so slowly. I tried to smile. Henri smiled.

The bus station was horrible. To work there was probably even more horrible.

In the white light of some neon light bulbs, we checked the schedule for our next busses. While I was heading to the North of France where I would visis my friend in a little village right beneath la Manche, Henri would travel southern all sunday long.

Two hours left until our ways would split again.

„Let´s get outside here.“ Henri said. He gently took my suitcase and gave me his guitarre. „Deal?“ „Deal.“ I said. I liked how he made me feel better about all this. Being in Paris but it rains, no Eiffel Tower, still 5 hours to go till I would be in Rouen.

Outside it rained. It rained like it would never stop and there was no bar or anything that would have opened yet. There was Mc Donalds and even he wanted to wait untill 8 o´clock. We ended up in a bus stop, our own little palace made of dirty glass walls, but with a dry bench to sit on.

We sat infront of something that had once been a Building, maybe a home for broken families. Then there was graffity and the strong will to leave a mark. A mark of someone no one will remember, because today  a ruin was the only Thing that´s left. Whatever happened there, didn´t happen in the quiet, soften way Henri looked at the world around him. Henri said that whole Thing here would remind him of a song called It´s cold outside by Norah Jones, and not just because of the current temperature. Since, with my almost 18 years of life, I was too young for Norah Jones but he told me to listen to it as soon as possible to re-feel like sitting in the rain on a august morning in Paris.

Later we would go to MC Donalds, glad to have a warm and dry room to sit in. I would order an orange juice and Henri would drink coffee, and we would talk about how age changes everything and about how you need to do dumb things while you´re young enough to do. Later, we would stand on the kays of Paris Gallieni, the saddest bus Station I´ve ever seen, and Henri would say: „Let´s say Good Bye like the French people do.“ So we would  faire la bise and I would step into my bus, where I would see him through the windows for the last time of my life. What a glorious, beautiful moment.

But we still sat in our palace of glass when Henri leaned backwards and watched the streets. „Paris“, he said, „is – as far as I´ve seen by now- all but perfect.“ „We might have chosen the most Imperfect place of the whole city.“ I said. „I love it.“ Henri said. 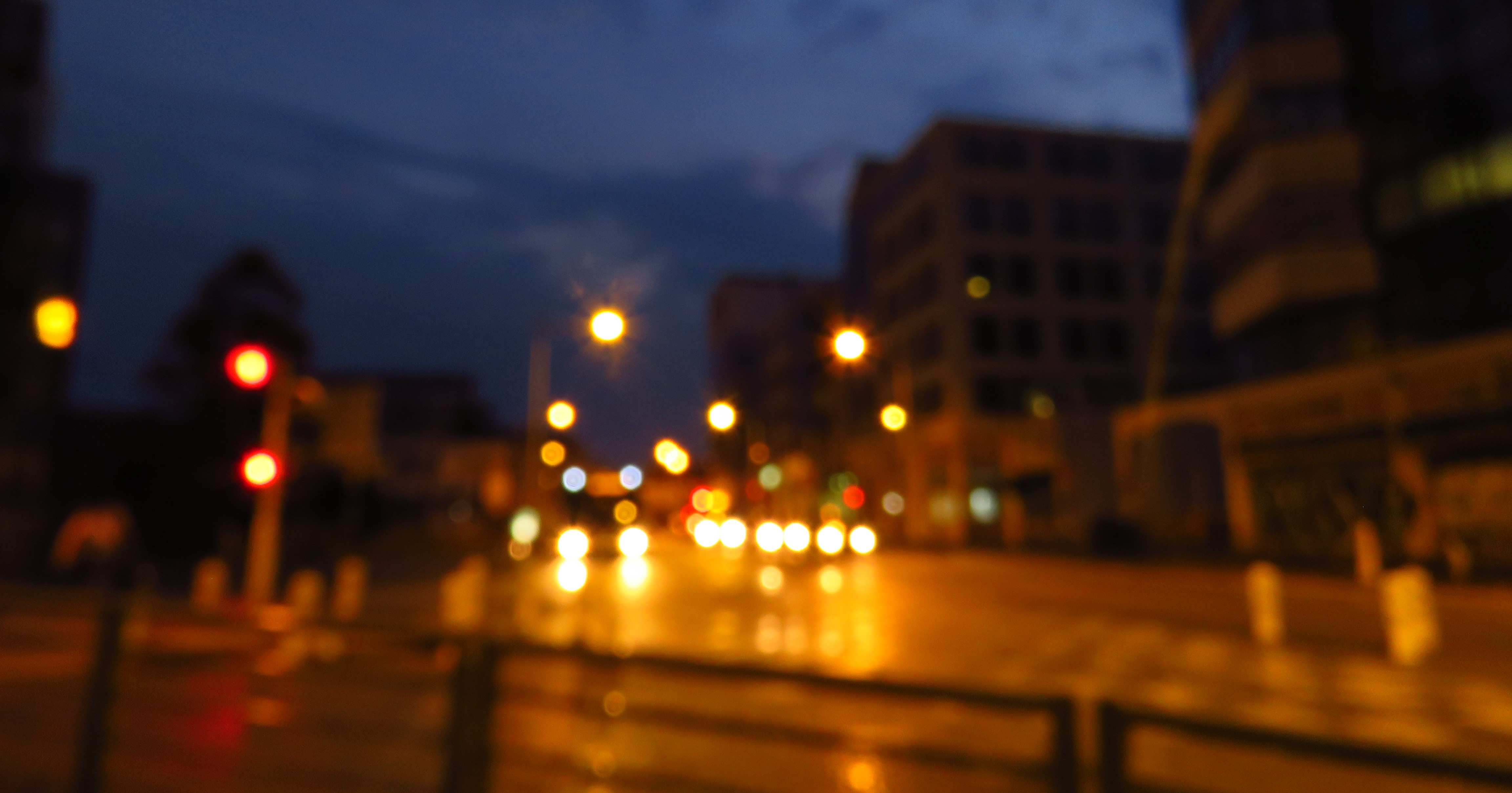 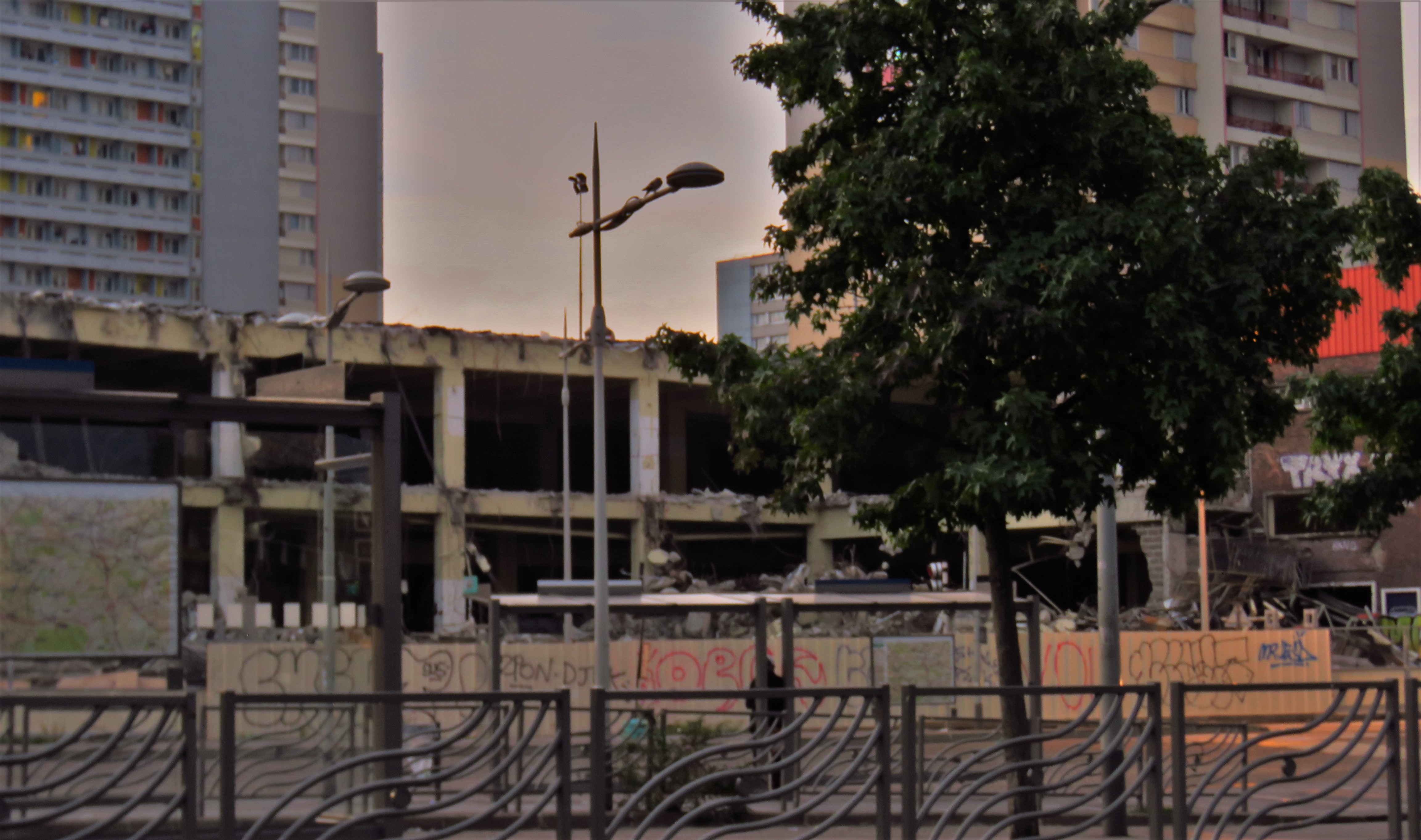 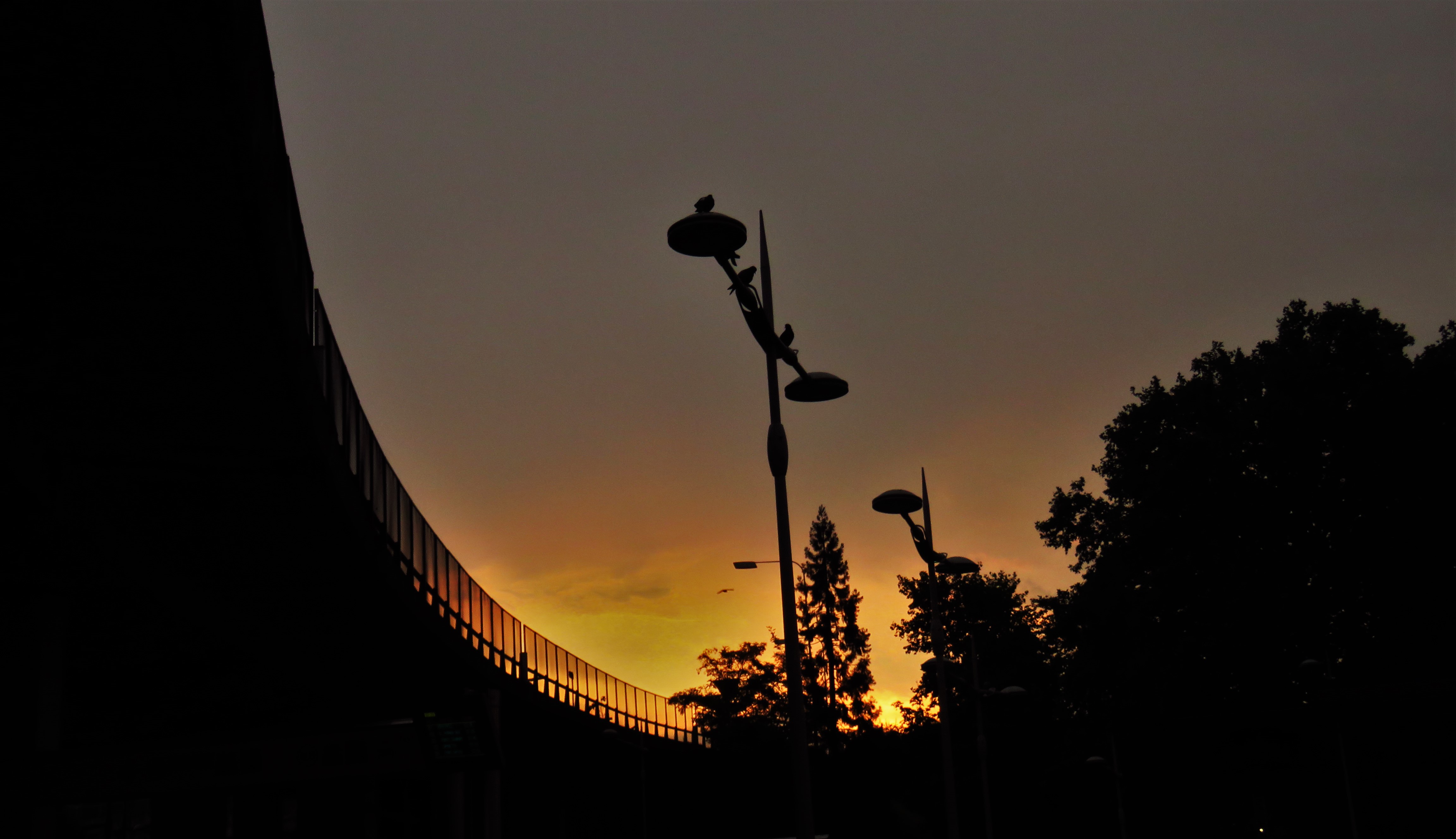