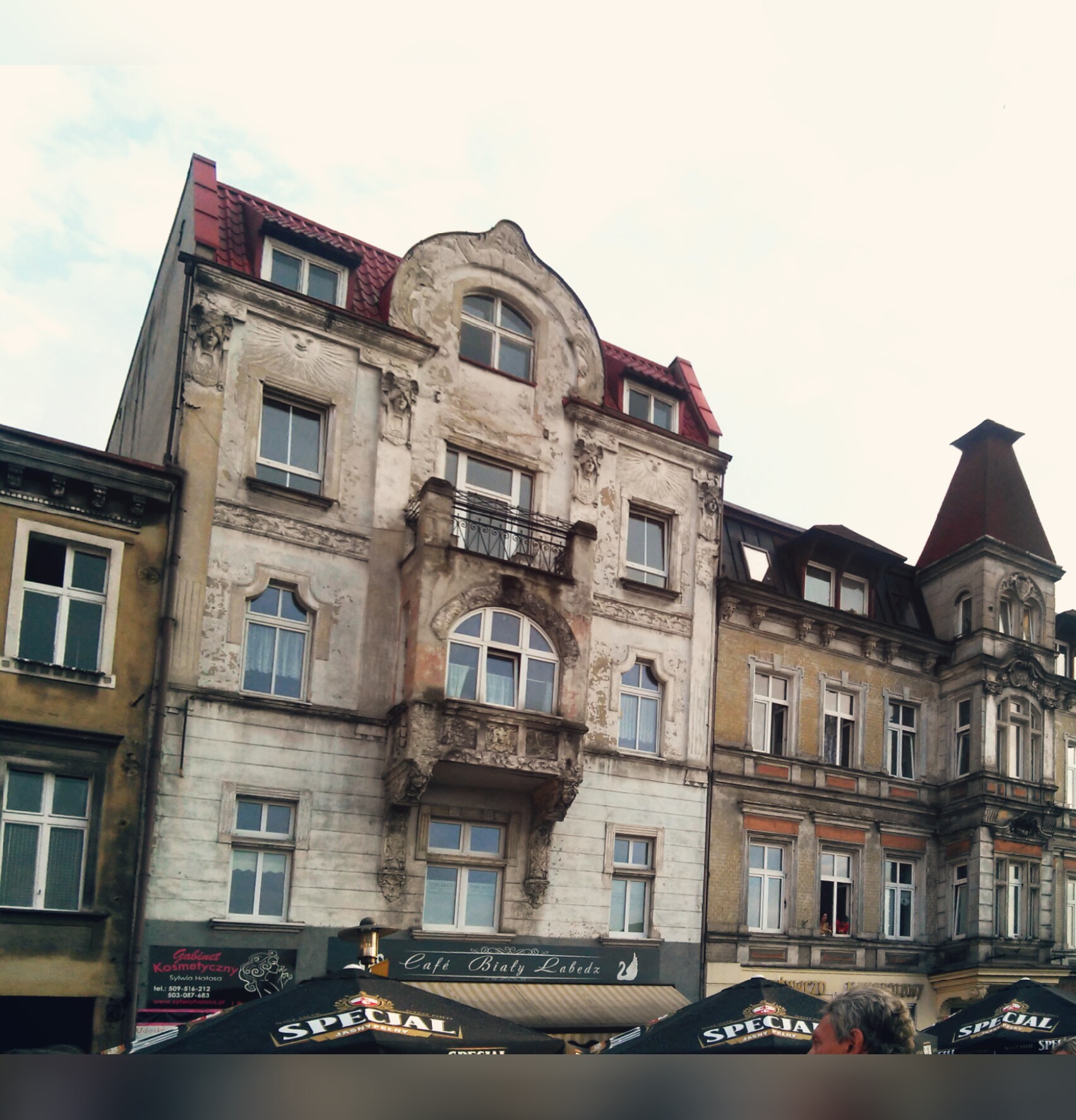 It was another day filled with the joy of exploring a new city, with the adventure of being a guest together with two million other people, with happyness and glory. The city of Cracow was booming, pilgrims wandered around in every section of the city and songs in every possible language were spread around. Entering the main train station, one could realise the chaotic and hectic character of a World Youth Day. Police men tried to keep the control over the crowd, some pilgrims asked for connections to their guest town and one could not understand his own words throughout the volume of shouting, laughing and the sound of arriving trains.

One of these trains stood there, ready to start heading to Myslowice, 70 kilometers western of Cracow. It was just as crowded as the next one, filled with pilgrims from France, Germany and Canada. Funny thing how sometimes, stories of a lifetime can be mixed up together, producing a beautiful new story, as long as people let them out. World Youth Day was not just a big chaos, but also a place, a time, or maybe a state were people´s minds are different. Borders seem to blure, words fall easily out of your mouth, and before you really realise it, you´re in a conversation with a complete strange person. That´s probably what happened in this train to Myslowice, where some german girls took place in a group of four seets, where one german girl found that she could keep some space for another canadian guy, who would have to keep standing otherwise. „If you want to, you can sit down there.“ she said to the boy, who stood right next to her. She had to look up and maybe she was a bit ashamed, scared of not sounding like a „real english person“ which was absolutely obvious, because of her german accent. The boy looked surprised. „Yeah fine, thank you.“ So when the train finally left the train station of Cracow, three pilgrims sat on a seet for two person, and God seemed to be a little closer than before. „So where are you from?“ The canadian startet the typical World-Youth-Day- conversation. „We´re from Germany.“ As everybody can realise while listening to me, she added in her head, with a little slight of sadness in this light moment of community. „Oh that´s great! We´re from Canada, Vancouver. Hi.“ They shooked hand for about 4 seconds, than fell into an emotional conversation about their stay in Poland. That´s World Youth Day, everybody has had the same intention for paying so much money to come to Poland, but still there are so many different stories. They swapped it. They swapped it for about 20 minutes untill the boy suddendly said: „So what are you looking forward to during the week?“ „I can´t wait for the last night.“ She answered. „I´ve never slept on a field before, without a tent or anything.“ „Me neither.“ The boy answered. Last night of WYD always takes place on a field where the whole amount of pilgrims sleeps, eats and prays together. Even the pope takes part of this night, transported with a helicopter right to the main stage where the virgil service is held.

„It must be wonderful to sit beneath the night sky and sing.“ „Absolutely,“ the boy said, „I have this obsession for long nights and bonfires and stuff.“ „A bonfire!“ She shouted out. „How great is that.“ „Probably not the most legal thing this day.“ Her eyes sparkeled. „Who cares?“ He looked at her as if he couldn´t believe what he´s heard, as if she was braver than he considered her to be. „Alright. Let´s meet up. Saturday, 7 pm, field.“ „Field.“ She laught. „Alright, I´ll be there. Don´t forget the firewood, as a brief advise.“ „Deal.“ he said and they shook hands as if it was not only possible in any way to meet on a field filled with 2,1 Million People but also an absolutely realistic plan. „I can´t wait for saturday.“ He said. Then his friends who sat three seats away told him to get up because their destination – another polish city a foreign person could hardly pronounce- would soon be arrived. When he stood up, surrounded by a lot of other people, he turned around and shouted: „You know what, if they tell us to extinguish the bonfire, we´ll just have an imaginary one.“ „Great idea.“ she said, but he coulnd´t hear her anymore, he was gone and he would never come back to her allthought they might be at the same places. She closed her eyes, her temple leaning at the dirty window.  To the melodies of some french people she fell asleep. She dreamt of the people she met during the days, the french people on the bridge and the priest from Switzerland.

When her friends woke her in Myslowice, the last days seemed to be like a dream to her, and after a while, the canadian boy on the train became a part of this dream, one of the best dreams she´s ever had in her life.